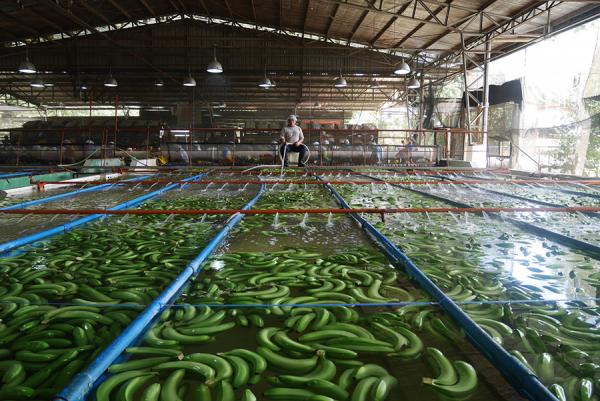 Free and open to the public. Please register at https://myumi.ch/PlgjR

The term “banana republic,” a racializing pejorative used to describe Central American economies, does not usually conjure images of Asia. Yet it has become a common moniker for the state of the Philippines’ political and economic systems. Both journalistic and academic writing have used the label to characterize every administration from Ferdinand Marcos (1965 - 1986) to Rodrigo Duterte (2016 - current), citing U.S. intervention in politics, a state of bloodshed and rebellion, the persistence of kleptocracy in high office, the lack of government accountability, and the rampancy of inequality. These popular references suggest that notions of a “Philippine banana republic” have little to do with the tropical commodity on which the metaphor is based. This paper, in response, turns to the export banana zones of southeastern Mindanao as both the metaphoric root and a material source of the power asymmetries that envelop the agrarian landscape of the Philippine south. It offers historical comparisons between the Southeast Asian nation and Guatemala, Costa Rica, and Honduras to demonstrate how scholarly understandings of the “banana republics” shift in the Asian context. Focusing on (1) new land control schemes devised by the same American fruit conglomerates; (2) foundational ties to import markets in Japan, rather than to the U.S. and Europe; and (3) a history of peri-colonialism in Mindanao, this paper shows the role that the industry has played both in shaping local political and economic conditions, and in differentiating Philippine banana trade from networks in the same commodity elsewhere in the world.

If there is anything we can do to make this event accessible to you, please contact cseas@umich.edu.

Please be aware that advance notice is necessary as some accommodations may require more time for the university to arrange.
Center for Southeast Asian Studies (CSEAS)
500 Church Street
Suite 400
Ann Arbor, MI 48109-1042
cseas@umich.edu
A member of the International Institute
734.764.0352
734.763.4765
Sitemap
Facebook Twitter Youtube