CSAS Film Series | A Narmada Diary, In Memory of Friends 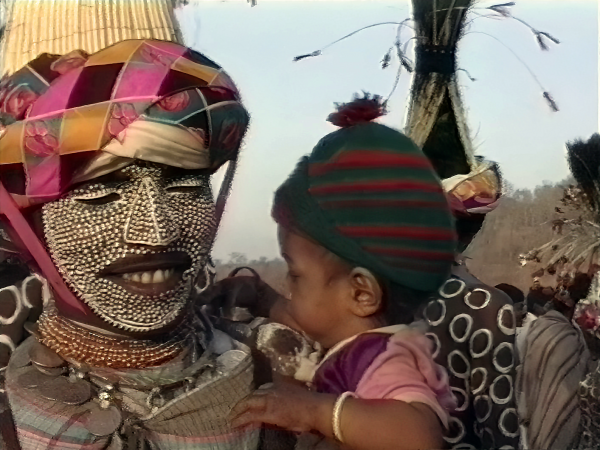 Co-directed with Simantini Dhuru, A Narmada Diary examines the Sardar Sarover dam in western India, a significant development project on the river Narmada's banks, which has been criticized as uneconomical and unjust, with costs borne by the rural poor.

When completed, the dam will drown 37,000 acres of fertile land, displace over 200,000 adivasis – the area's indigenous people, and cost up to 5 billion dollars.

A Narmada Diary introduces the Narmada Bachao Andolan (the Save Narmada Movement), which has spearheaded the resistance against the dam. As government resettlement programs prove inadequate, the Narmada Bachao Andolan has emerged as one of the most dynamic struggles in India today. With non-violent protests and a determination to drown rather than leave their homes and land, the people of the Narmada valley have become symbols of a global struggle against unjust development.

In Memory of Friends documents the violence in Punjab, India. After examining the political turmoil of the late 1970s and the rise of Sikh fundamentalism, the film concentrates on the legacy of Bhagat Singh, a young socialist hanged by the British in 1931 at age 23.

"That this perspicacity was present in a man of just 23 (Bhagat Singh) seems astonishing. It was all so impressive that Patwardhan could not but see him as a great intellectual apart from being an inexorable revolutionary." - Adrian Khare - Blitz

Anand Patwardhan, India’s leading documentary filmmaker, is known for his socio-political, award-winning films. He has spent decades capturing Mumbai’s slum dwellers, the reality of the caste system, the rise of Hindu nationalism, and tensions between India and Pakistan. He is a member of the Oscar academy, and his films have earned more than 20 international awards.