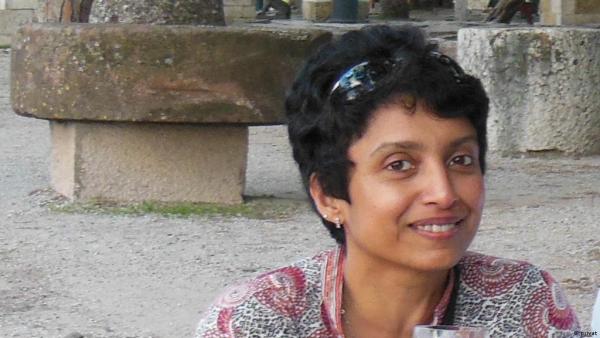 By sanctioning and tapping into a perceived local practice of slavery and legally constituting slaves, Dutch colonial rulers in eighteenth century Northern Sri Lanka strengthened the power of the dominant caste Vellalar over their subordinates. British rule that conquered VOC controlled areas, first in the guise of the East India Company (1796-1802) then under the Crown (1802-1948) introduced a number of measures, acts, and incentives to dismantle slavery as it was practiced in the entire island. This presentation focuses on the effects of slave registration in the northern province of Jaffna that began in earnest in 1818 during a phase of gradual abolition of slavery (from 1806 to 1844). Bureaucratization provided for some enslaved people grounds for negotiation and resistance and opened up possibilities for them to take control over their individual lives. In this presentation, I will take two examples to illustrate the small spaces of resistance that were appearing in Jaffna society: the case of a bold young man riding the palanquin of his master, fearless of the whip; the case of a family of enslaved wearing jewels and standing proudly in front of the Nallur temple where they were prohibited from entering owing to their status.

Please register in advance for this Zoom webinar here: https://umich.zoom.us/meeting/register/tJMlde-hqTspHNJTe7y6LuUzimeCDsrFWYY6

Nira Wickramasinghe is Chair and Professor of Modern South Asian studies at Leiden University in the Netherlands. Her research centers on issues of belonging and everyday life under colonialism in Sri Lanka and the Indian Ocean world. Her books include: Slave in a Palanquin: Colonial Servitude and Resistance in Sri Lanka (Columbia University Press 2020); Sri Lanka in the Modern Age. A History (Oxford University Press 2015); Metallic Modern. Everyday machines in Colonial Sri Lanka (Berghahn 2014), L’Invention du Vêtement National au Sri Lanka (Karthala 2006), Dressing the Colonised Body (Orient Longman 2003), Civil Society in Sri Lanka (Sage Publ. 2001). She has been, inter alia, a Fellow at the Shelby Cullom Davis Center for Historical Studies at Princeton University (2008-2009), British Academy Visiting Professor (2005) at the University of Oxford and Fulbright Senior Scholar at ICAS, New York University (2003-2004). Her current research on enslaved people detaches Lanka from the subcontinent to insert the island in the Indian Ocean world.

Nira Wickramasinghe, grew up and schooled in Paris, and received her D.Phil in modern history from the University of Oxford (1989). She is presently spearheading a small academic press in Sri Lanka called Tambapanni Academic Publishers.