CSAS Lecture | Spatializing Islam during the Early Cold War: the ‘Ahmadi Question’ in the Munir Kayani Report and Pakistani Literature 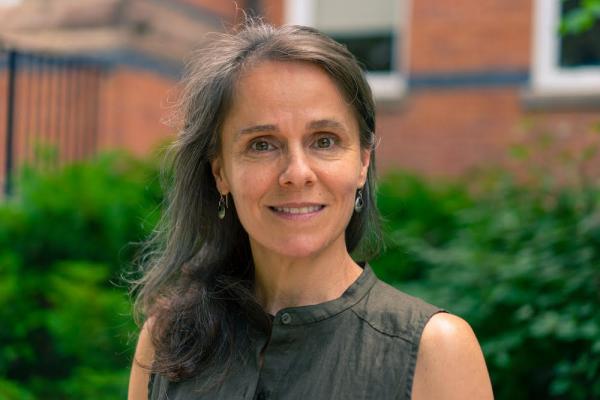 Please register in advance for this Zoom event. Registration is here: https://myumi.ch/V77MN

With reference to several fictive and non-fictive texts, this talk explores how Ahmadis, classified as “non-Muslims,” have occupied and moved through space in Pakistan. I focus primarily on Manto’s “Letters to Uncle Sam” and the Government of Pakistan’s Munir-Kayani Report on the Punjab Disturbances of 1953, both published in Pakistan’s early years, which are, of course, also the early years of the Cold War, and briefly move through the following decades with references to Nadeem Aslam’s 2013 novel, Season of the Rainbirds, and Uzma Aslam Khan’s 2018 short story, “My Mother is a Lunar Crater.” My argument is that spatial analyses of textual representations of non-Muslim identities in fictive and non-fictive texts illustrate how Pakistan was engaging in state-making and nation-making simultaneously to define spaces themselves—indeed using the trappings of a religiously-exclusionary nationalism to bolster state operations and claim space—during these years. By taking a spatial turn—that is, by attending to the territorialization or geospatialization of Islam in Pakistan—I extend Sadia Saeed’s work on how the eventual constitutional exclusion of Ahmadis from the Muslim community in Pakistan contests the assumption the “processes of nation building occur independently of the construction of state institutions” (132). Saeed’s analysis concerns itself with how the Pakistani state inflected and took shape from “a new definition of the national community by equating the nation with Islam[,]” a move that, in Saeed’s view, led to the “construction of new social imaginaries” (133). I’m interested in how these imaginaries take material form, and, in doing so, I maintain Saeed’s impulse but shift the focus to better understand how the conflation of “Muslim” and “Pakistani” operates in place, both intra-nationally and internationally. The Cold War and its aftermath serve as the international context in which I attempt to situate Pakistan’s domestic moves vis-à-vis the Ahmadiyya community. From Jinnah’s purposeful citation of George C. Marshall in his address to the Constituent Assembly on 11 August 1947 and US Information Service’s proposal to Manto in the early 1950s to Bhutto’s and Zia’s explicit legal exclusions of Ahmadis in the 1970s and 1980s, respectively, I trace parallels between Pakistan’s internal and international dynamics to highlight the ambient conditions bringing together Cold War geopolitics and certain iterations of Pakistan’s efforts to define “Islam.”

Saeed, Sadia. “Pakistani Nationalism and the State Marginalisation of the Ahmadiyya Community in Pakistan.”
Studies in Ethnicity and Nationalism 7.3 (2007): 122-152.


If there is anything we can do to make this event accessible to you, please contact us. Please be aware that advance notice is necessary as some accommodations may require more time for the university to arrange.
Center for South Asian Studies (CSAS)
Weiser Hall
500 Church Street, Suite 400
Ann Arbor, MI 48109-1042
csas@umich.edu
A member of the International Institute
734.615.4059
734.763.4765
Sitemap
Facebook Twitter Youtube