WCEE Roundtable. The Yiddish Origins and Cultural Travels of Fiddler on the Roof 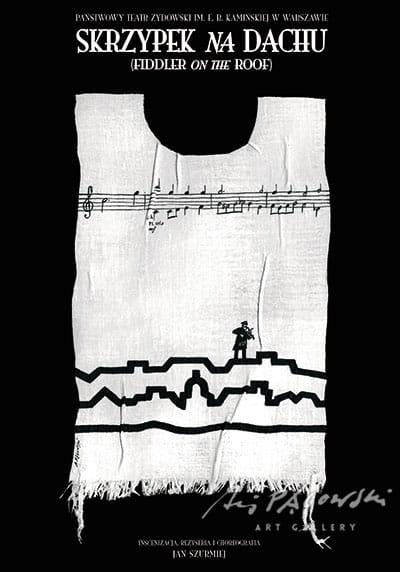 This roundtable discussion features scholars of the Jewish experience in Eastern Europe and specialists in Yiddish who will provide the historical context and geopolitical setting of Fiddler on the Roof, discuss the translation and adaptation of the original Yiddish text into the English-language play, explore the role of the play in representations of Jews and Jewish culture in North America and Europe, and analyze some of the key themes of the play.

Registration for this webinar is required at https://myumi.ch/5WJqA

Mikhail Krutikov is professor of Slavic languages and literatures and Preston R. Tisch Professor of Judaic Studies at the University of Michigan. He is the author of Yiddish Fiction and the Crisis of Modernity, 1905–1914; From Kabbalah to Class Struggle: Expressionism, Marxism, and Yiddish Literature in the Life and Work of Meir Wiener; and Der Nister’s Soviet Years: Yiddish Writer as Witness to the People. He has co-edited nine collections on Yiddish literature and culture, most recently Three Cities of Yiddish: St. Petersburg, Warsaw and Moscow, co-edited with Gennady Estraikh. He has been a cultural columnist for the Yiddish Forward since 1999. A collection of his Yiddish essays came out in Israel in 2018 under the title Tsvishn shures: notitsn vegn yidisher kultur (Between Lines: Notes on Jewish Culture).

Anita Norich is Tikva Frymer-Kensky Collegiate Professor Emerita of English and Judaic Studies at the University of Michigan. She is the translator of Fear and Other Stories by Chana Blankshteyn (forthcoming, 2022) and A Jewish Refugee in New York by Kadya Molodovsky (2019). She is also the author of Writing in Tongues: Yiddish Translation in the 20th Century; Discovering Exile: Yiddish and Jewish American Literature in America During the Holocaust; The Homeless Imagination in the Fiction of Israel Joshua Singer; and co-editor of Languages of Modern Jewish Cultures: Comparative Perspectives (2016), Jewish Literatures and Cultures: Context and Intertext (2008), and Gender and Text in Modern Hebrew and Yiddish Literatures (1992).

Karolina Szymaniak is assistant professor in the Department of Jewish Studies at the University of Wrocław as part of the Fugue Program of the National Science Center. She is a researcher, editor, and translator from Yiddish and English, and a language instructor with a PhD in literary and cultural studies. She has been a consultant for, among others, the POLIN: Museum of the History of Polish Jews and the Museum of Art in Łódź. She co-authored the exhibition “Montage. Debora Vogel and the New Legend of the City” (Museum of Art in Łódź, 2017-18). Szymaniak has been an organizer and co-organizer of numerous national and international conferences, most recently “Yiddishism: Mythologies and Iconographies” (Jewish Historical Institute, 2015). She is a member of the audit commission of the Polish Society for Yiddish Studies. Her scholarly interests include modern Yiddish literature, the problems of modernism and avant-garde literature written by women, as well as the history and theory of Polish-Jewish cultural contacts.

Moderator: Geneviève Zubrzycki is professor of sociology and director of the Weiser Center for Europe and Eurasia at the University of Michigan. Zubrzycki is a comparative-historical and cultural sociologist who studies national identity and religion, collective memory and national mythology, and the contested place of religious symbols in the public sphere.