Latvia, Europe, and the Road Ahead: A Conversation with the President of Latvia, Egils Levits 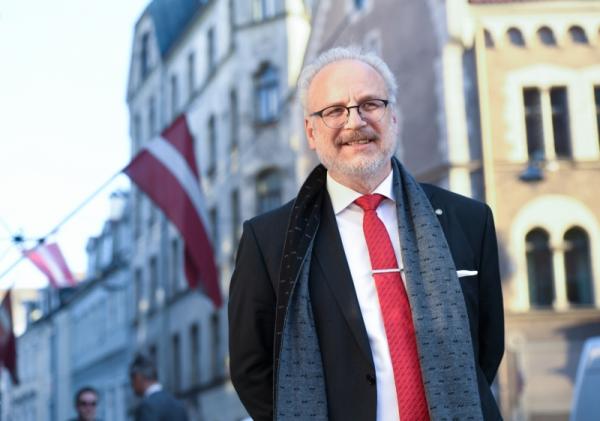 The Weiser Center for Europe and Eurasia welcomes the President of Latvia, Egils Levits, to the University of Michigan on September 23. President Levits will participate in a conversation with Professors Daniel Halberstam and Geneviève Zubrzycki.

Egils Levits has held the office of the Presidency of Latvia since July 2019 and has been involved in politics his entire life. His parents were expelled from Latvia in 1972 for dissident activities and moved the family to Germany, where Levits obtained degrees in law and political science from the University of Hamburg. He returned to Latvia in 1990 and co-authored the Declaration "On the Restoration of Independence of the Republic of Latvia." Levits has held many other key offices, including Vice-Prime Minister and Minister for Justice, and has served as Latvia’s ambassador to Hungary, Austria, and Switzerland. He was the first Latvian judge at the European Court of Human Rights, and was a Judge of the European Court of Justice from 2004-2019. He visited the University of Michigan Law School in 2017 as a member of the Court of Justice of the European Union delegation.

Daniel Halberstam is Eric Stein Collegiate Professor of Law and director of the European Legal Studies Program at the University of Michigan Law School. An expert on constitutional law and federalism, and one of the principal architects of the theory of constitutional pluralism, he writes more generally about comparative public law and legal theory.

Geneviève Zubrzycki is professor of sociology and director of the Weiser Center for Europe and Eurasia. Zubrzycki is a comparative-historical and cultural sociologist who studies national identity and religion, collective memory and national mythology, and the contested place of religious symbols in the public sphere.

Registration for this webinar is required at https://myumi.ch/NxE9B