CCPS Lecture. The Themersons and the Art of Translation 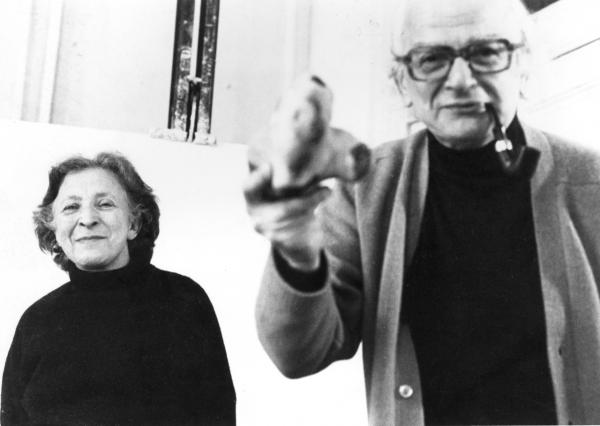 This talk is a simple introduction to a complicated subject: the Themersons, their life in images – still and moving, and words in a multitude of configurations. Both Stefan Themerson (1910-88) and Franciszka Themerson (1907-88) were born in Poland, where they made experimental films. In 1938 they moved to Paris, and between 1940 and 1942 the war deposited them in London, where they spent the rest of their lives. Franciszka was a painter, graphic designer, stage designer, film maker, and publisher. Stefan was a filmmaker, writer, poet, graphic designer, and publisher.

The topic of translation relates to nearly everything: word into sound; one language into another; face into a portrait, events into a chart. This is something that Stefan thought and talked about, and invented his own form of translation, which he called Semantic Poetry.

Jasia Reichardt is a writer on art and an exhibition organizer. She was born in Poland, educated in England, and has lived in London most of her life. She was assistant director of the ICA in London from 1963-71, and director of the Whitechapel Art Gallery from 1974-76. She has taught at the Architectural Association and other colleges, has written for most of the international art magazines, as well as some books, and has contributed to many international exhibitions and conferences throughout the world. She is the Themersons’ niece, and after the Themersons’ deaths in 1988, together with Nick Wadley, she organized their archive, which is now with the National Library in Warsaw.

Registration for this webinar is required at https://myumi.ch/MEb4G