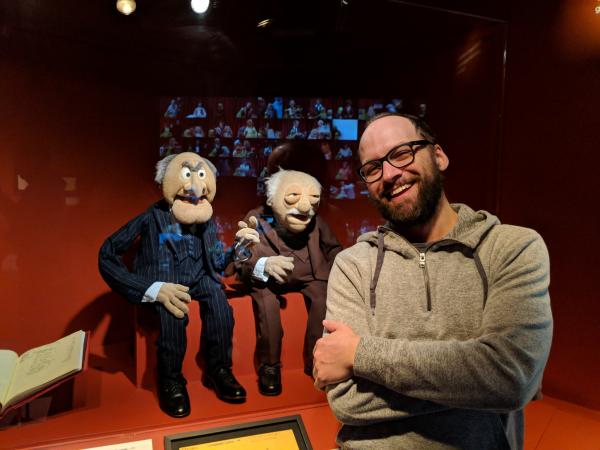 Postwar literature in Central and Eastern Europe, particularly as it has been framed in Western Europe and North America, has been shaped by strong personalities whose exile from their respective homelands helped enshroud their critiques of authoritarianism in so-called “moral authority.” But in quitting the Soviet Union, Poland, or Czechoslovakia for new lives in countries like the United States and France, these writers often found themselves in the midst of sociopolitical upheavals whose terms they scarcely understood and to whose contexts their own struggles offered no clear analogy. This talk reevaluates the Western careers of four of the most prominent authors to whom such “moral authority” has been generally ascribed—Alexander Solzhenitsyn, Joseph Brodsky, Czesław Miłosz, and Milan Kundera—against the backdrop of the struggle for civil rights and racial justice in their adopted countries.

Benjamin Paloff is the author of Lost in the Shadow of the Word (Space, Time, and Freedom in Interwar Eastern Europe)—named the 2018 Best Book in Literary Studies by AATSEEL—and of the poetry collections And His Orchestra (2015) and The Politics (2011). He has translated nearly a dozen books, most recently Dorota Masłowska’s Honey, I Killed the Cats, and has been awarded fellowships from the National Endowment for the Arts (twice, in poetry and in translation), the US Fulbright Programs, the Stanford Humanities Center, and the PEN/Heim Translation Fund, among others. He is associate professor of Slavic languages and literatures and of comparative literature at the University of Michigan, where he also serves as acting director of the Copernicus Center for Polish Studies.

Registration is required for this Zoom webinar at http://myumi.ch/DE70Z.

If you are a person with a disability who requires an accommodation to attend this event, please reach out to weisercenter@umich.edu at least 2 weeks in advance of this event. Please be aware that advance notice is necessary as some accommodations may require more time for the university to arrange.
Center for Russian, East European, and Eurasian Studies
500 Church Street
Weiser Hall, Suite 500
Ann Arbor, MI 48109-1042
crees@umich.edu
A member of the International Institute
734.764.0351
734.763.4765
Sitemap
Facebook Twitter Youtube WordPress LinkedIn