CREES 60th Anniversary Signature Lecture. The Ukrainian Famine: What We Know Now—And Why It Matters 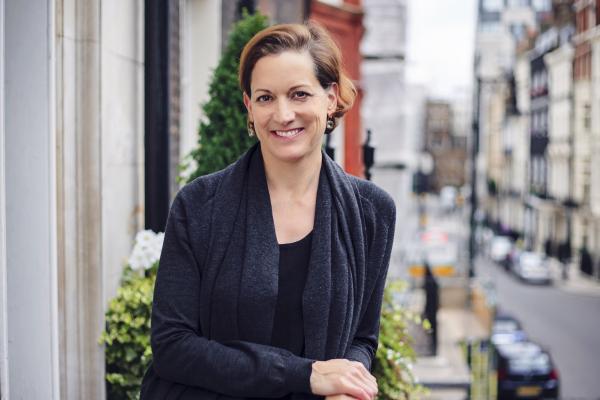 In 1929 Stalin launched his policy of agricultural collectivization—in effect a second Russian revolution—which forced millions of peasants off their land and onto collective farms. The result was a catastrophic famine, the most lethal in European history. At least five million people died between 1931 and 1933 in the USSR. But instead of sending relief, the Soviet state made use of the catastrophe to rid itself of a political problem. In her book "Red Famine," Anne Applebaum argues that more than three million of those dead were Ukrainians who perished not because they were accidental victims of a bad policy, but because the state deliberately set out to kill them.

Today, Russia, the successor to the Soviet Union, has placed Ukrainian independence in its sights once more. Applebaum’s compulsively readable narrative recalls one of the worst crimes of the twentieth century, and shows how it may foreshadow a new threat to the political order in the twenty-first.

Anne Applebaum is a foreign policy columnist for the Washington Post and a prize-winning author with a particular expertise in the history of communist and post-communist Europe. She is also a senior fellow at the Agora Institute at Johns Hopkins University and a professor of practice at the London School of Economics, where she runs ARENA, a research project on disinformation and 21st century propaganda. She is the author of several books, including "Red Famine: Stalin’s War on Ukraine" and "Iron Curtain: The Crushing of Eastern Europe." Her book "Gulag: A History" won the 2004 Pulitzer Prize for non-fiction, and her writing has also won the Cundill, Nonino and Lionel Gelber prizes, among many others. Anne is a former member of the "Washington Post" editorial board, a former deputy editor of the "Spectator" magazine, and a former Warsaw correspondent of "The Economist." She has lectured at many universities, including Yale, Harvard, Columbia, Oxford, Cambridge, and Georgetown, where she was awarded an honorary doctorate. She writes regularly for the "New York Review of Books," "Foreign Affairs," and many other publications.

If you are a person with a disability who requires an accommodation to attend this event, please reach out to weisercenter@umich.edu at least 2 weeks in advance of this event. Please be aware that advance notice is necessary as some accommodations may require more time for the university to arrange.