A Historian in the Ghetto: Emanuel Ringelblum and the Oyneg Shabes Archive 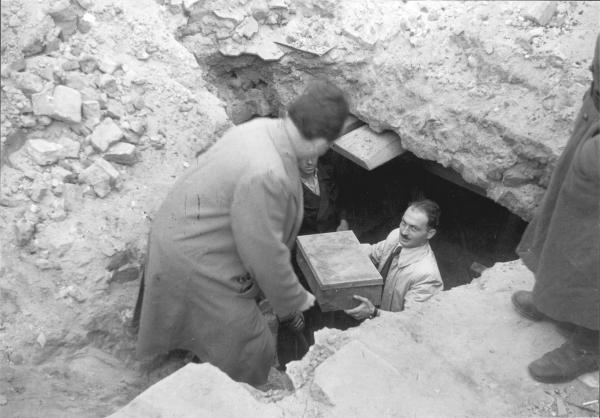 During World War II Jews resisted not only with guns but also with pen and paper. Even in the face of death they left "time capsules" full of documents that they buried under the rubble of ghettos and death camps. The Ringelblum archive in the Warsaw Ghetto buried thousands of documents. But of the 60 people who worked on this national mission, only three survived. This will be their story.

If you have a disability that requires a reasonable accommodation, contact the Judaic Studies office at 734-763-9047 at least two weeks prior to the event.
Center for Russian, East European, and Eurasian Studies
500 Church Street
Weiser Hall, Suite 500
Ann Arbor, MI 48109-1042
crees@umich.edu
A member of the International Institute
734.764.0351
734.763.4765
Sitemap
Facebook Twitter Youtube WordPress LinkedIn