“Below the Line”? The Feuilleton and Modern Jewish Cultures Symposium 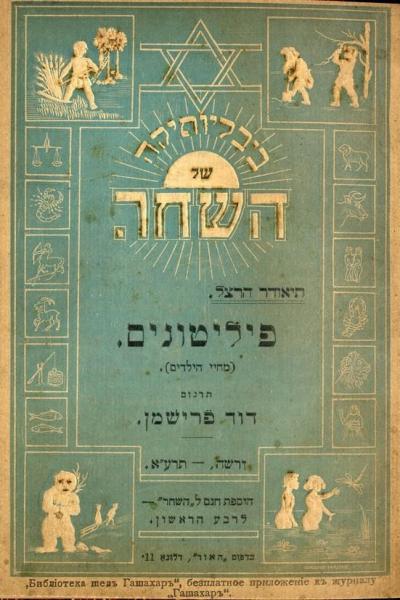 What is common to Heinrich Heine, Sholem Aleichem, Theodor Herzl, Vladimir Jabotinsky, Isaac Babel, Joseph Roth, Walter Benjamin, and Ilya Ehrenburg? They were all Jewish writers during the 19th and early 20th centuries, who wrote feuilletons, often side by side with poems, novels, short stories, or philosophical and political works. Does the fact that these prominent Jewish figures wrote feuilletons in Hebrew, Yiddish, German, Russian and Polish makes these feuilletons Jewish? Is feuilleton a Jewish genre? The feuilleton has been a critical genre in the development of modern Jewish cultures but it has been overlooked and undertheorized in both literary and historical studies. This symposium convenes a group of scholars to investigate the feuilleton and its connections to modern Jewish cultures.

Feuilletonists: 3:00-4:30 pm
Chair: Maya Barzilai (University of Michigan)
Ela Bauer (Kibbutzim College in Tel Aviv), “To Observe, to Chat, or to Influence? The Tasks of the Feuilletons According to Nahum Sokolow”
Brian Horowitz (Tulane University), “The Feuilleton and Jabotinsky’s Political Education: What Role Can a Genre Have in the Making of a Political Radical?”
Johannes von Moltke (University of Michigan), “Ex kino lux: Siegfried Kracauer’s Weimar Era Film Criticism in the Frankfurter Zeitung”

If you have a disability that requires a reasonable accommodation, contact the Judaic Studies office at 734-763-9047 at least two weeks prior to the event.
Center for Russian, East European, and Eurasian Studies
500 Church Street
Weiser Hall, Suite 500
Ann Arbor, MI 48109-1042
crees@umich.edu
A member of the International Institute
734.764.0351
734.763.4765
Sitemap
Facebook Twitter Youtube WordPress LinkedIn