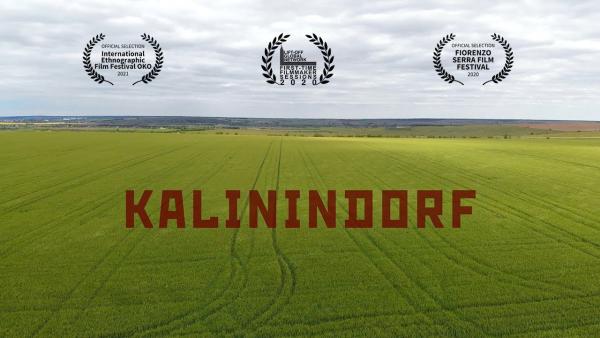 The documentary film tells the story of Kalynivske, a village in the Kherson region. Between 1927 and 1944, the village–then known as Kalinindorf–was the center of the first Jewish oblast in Ukraine. Through their encounters with the inhabitants of Kalynivske and of several other former Jewish settlements, the film directors explore the common history of Ukrainian and Jews, complex Ukrainian-Jewish relations, and the Holocaust, and investigate how that layered history is remembered today. The story of Kalynivske and Jewish settlements in the region takes on new meaning following the full-scale invasion of Ukraine on February 24th, 2022, as the region was occupied by Russian troops and then annexed to the Russian Federation. After their liberation by the Armed Forces of Ukraine on November 9, 2022, war crimes committed by the Russian army are being discovered and investigated, providing the occasion to revisit the history of violence in the region.

Les Kasyanov is a photographer and filmmaker who has been working with the French historical organization Yahad—In Unum since 2011 collecting evidence of the Holocaust. Les was responsible for principal photography, sound, and editing.

Yurii Kaparulin, associate professor and director of the Raphael Lemkin Center for Genocide Studies at Kherson State University, is a legal scholar and Scholars at Risk Fellow at the University of Michigan Weiser Center for Europe and Eurasia. He has been researching the history of Jewish agricultural settlements in southern Ukraine for the past five years. Prof. Kaparulin researched and produced the film.