Special Issue Launch: Sectarianization in Southeast Asia and Beyond 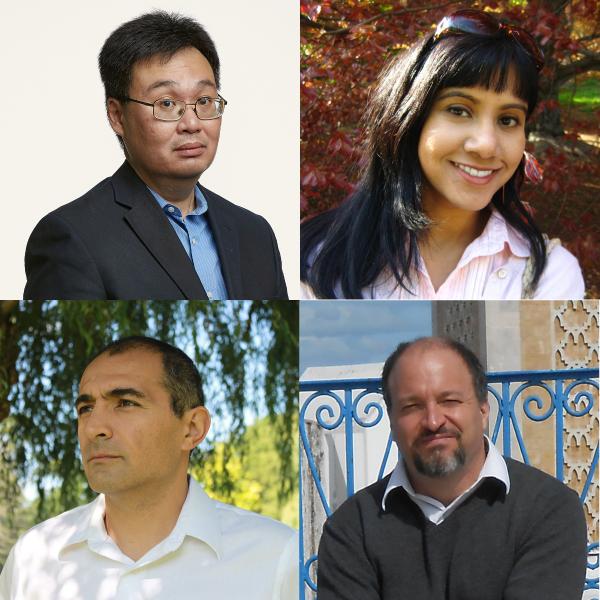 Co-editors Saleena Saleem and Alexander Arifianto present their forthcoming special issue of Religion, State and Society, which analyzes cases of sectarianism in Southeast Asia and beyond. They are joined by respondents Nader Hashemi and Danny Postel, co-editors of Sectarianization: Mapping the New Politics of the Middle East (2017 ). The issue features case studies from Indonesia, Malaysia, and Turkey and shows how sectarianism among intra-Sunni Muslim groups are largely driven from political considerations to promote regime survival (in both authoritarian and democratic contexts) and patronage, protect established national narratives on Muslim identity, and gain ‘political affirmation’ to increase group’s influence and membership. Collectively, the issue seeks to provide a better understanding of the multi-dimensionality of sectarian identity across Muslim-majority societies.

Alexander R. Arifianto is a Research Fellow with the Indonesia Programme, S. Rajaratnam School of International Studies (RSIS) at Nanyang Technological University in Singapore. His research interests include political Islam and contemporary Indonesian politics. His articles have appeared in journals such as Religion, State, and Society, Asia Policy, and Trans-National and Regional Studies of Southeast Asia (TRaNS).

Saleena Saleem is a PhD candidate in Sociology at the University of Liverpool. Her research interests are on the political sociology of Muslim societies in Southeast Asia, with a focus on ethno-religious and gender politics. Her work has appeared in journals such as Religion, State, and Society, Sociology of Islam, and Asia Maior.

Danny Postel is Assistant Director of the Center for International and Area Studies at Northwestern University. He is the author of Reading Legitimation Crisis in Tehran (2006) and co-editor of Sectarianization: Mapping the New Politics of the Middle East (2017).