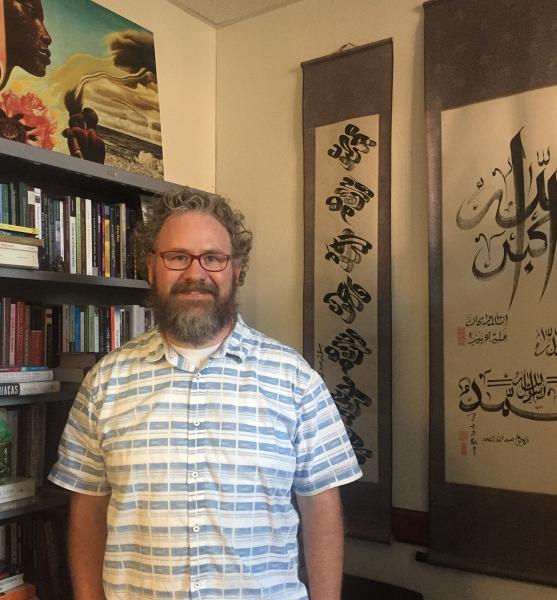 A distinctive Chinese Islamic intellectual tradition emerged during the Ming Dynasty (1368-1644) and Qing Dynasty (1644-1911). Chinese Muslims established an educational system, scripture hall education (jingtang jiaoyu 經堂教育), which utilized an Islamic curriculum made up of Arabic, Persian, and Chinese works. The Han Kitab, a corpus of Chinese language Islamic texts developed within this system, reinterpreted Islam through the religio-philosophical lens of Buddhist, Daoist, and Confucian terminology. Several Han Kitab texts were produced by a group of self-identified “Confucian Muslim” scholars (Huiru 回儒). This presentation traces the contours of the Sino-Islamic intellectual tradition and serves as an introduction to Kristian Petersen’s book, "Interpreting Islam in China: Pilgrimage, Scripture, and Language in the Han Kitab" (Oxford University Press, 2017).

Kristian Petersen is an assistant professor in the Department of Religious Studies and co-director of the Islamic Studies Program at the University of Nebraska Omaha. He specializes on two main areas of research 1) the development of Islam in China, and 2) Muslims in Cinema. He is currently working on a monograph entitled "The Cinematic Lives of Muslims." He also serves as host of the New Books in Islamic Studies podcast.