DISC Lecture. Being Muslims: A Cultural History of Women of Color in American Islam 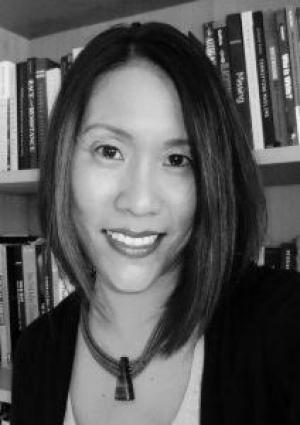 Sylvia Chan-Malik offers a previously untold story of Islam in the United States that foregrounds the voices, experiences, and images of women of color in the United States from the early twentieth century to the present. Until the late 1960s, the majority of Muslim women in the U.S.—as well as almost all U.S. Muslim women who appeared in the American press or popular culture, were African American. Thus, she argues that lives and labors of African American Muslim women have—and continue to—forcefully shaped the meanings and presence of American Islam, and are critical to approaching issues confronting Muslim women in the contemporary U.S. Focusing on the experiences of African American women in the Ahmadiyya Movement in Islam in 1920s Chicago, Chan-Malikexplores how U.S. Muslim women’s identities have been consistently forged against commonsense notions of racial, gendered, and religious belonging and citizenship, and argues that desires for gender and racial justice deeply inform U.S. women’s engagements with Islam.

Sylvia Chan-Malik studies the intersections of race, gender, and religion in the United States, with a particular interest in how these categories intersect in contemporary struggles for social justice. She teaches courses on race and ethnicity in the United States, Islam in/and America, social justice movements, feminist methodologies, multiethnic literature and culture in the U.S., and 20-21st century U.S. history. She is also on the faculty of the Women’s and Gender Studies department. Chan-Malik holds a PhD in Ethnic Studies from the University of California, Berkeley, an MFA in Creative Writing from Mills College, and a BA in English and Ethnic Studies from the University of California, Berkeley.