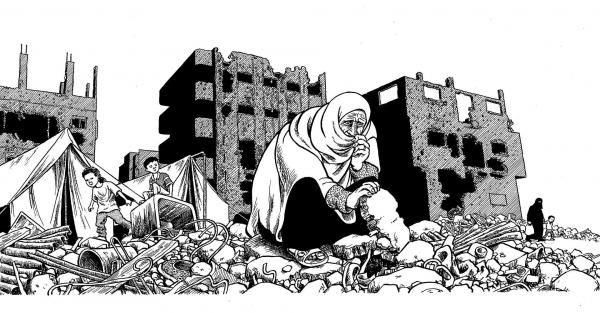 Leading graphic historical novelist Joe Sacco will chronicle how and why he uses the graphic novel format to catalyze social justice and human rights struggles in the U.S. and around the world. His award-winning novels include Days of Destruction, Days of Revolt (a portrait of some of the most marginalized communities in the United States, co-created with Pulitzer Prize-winner Chris Hedges); Footnotes in Gaza (a narrative of oral histories collected from elderly Palestinians who witnessed and survived a mass murder during the 1956 Suez War); and Safe Area Gorazde (an account of the brutal effects of the war in the former Yugoslavia on a besieged town that Sacco visited during and after the war). This presentation is part of a series on social justice-oriented graphic novels organized by the International Institute’s Enterprise-funded Conflict and Peace Initiative. The event is in partnership with the Penny Stamps Distinguished Lecture Series.

The Conflict and Peace Initiative was launched in the fall of 2016 and is funded by the International Institute Enterprise Fund. Its focus is to build a cross-disciplinary approach to peace and conflict studies that engages, challenges, and inspires new audiences.