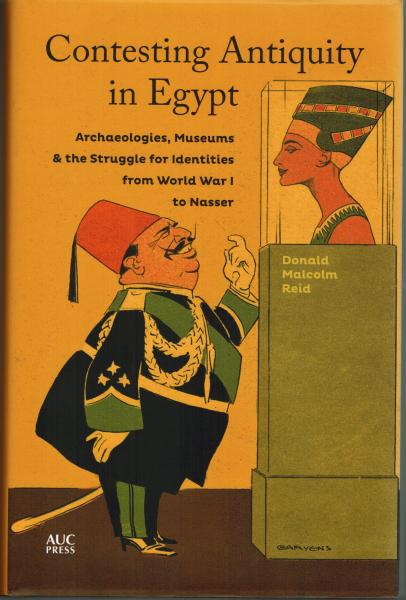 Between World War I and the age of Nasser, Egyptians struggled both for full independence from British colonial rule and for control over their own Antiquities Service and Egyptian Museum, which the French had dominated since 1858. Other Western powers also had stakes in Egyptian archaeology, as illustrated by Egypt’s attempts to repatriate the famous bust of Queen Nefertiti, which is still in Berlin. Meanwhile, Egyptians struggled among themselves to fashion their own modern identities out of the complex 5000-year-old heritage of their pharaonic, Greco-Roman, Coptic Christian, Islamic, and modern pasts.

Dr. Donald Reid is author of <i>Whose Pharaohs? Archaeology, Museums, and Egyptian National Identity from Napoleon to World War I </i>(2002) and <i>Cairo University and the Making of Modern Egypt</i> (1990). He is professor emeritus of Middle East history, Georgia State University, and affiliate faculty, Department of Near Eastern Languages and Civilization, University of Washington.