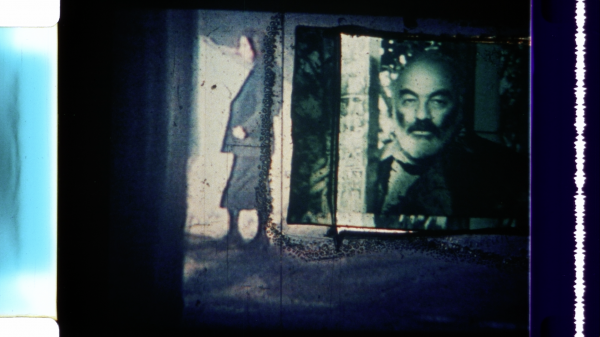 Please register in advance to receive the streaming link and to attend the Q/A session with the film director: http://myumi.ch/ZQN9R

The film will be available for you to watch on your own from September 18 to 23.

In her lush, intricately constructed works, Gariné Torossian explores film form, hybrid film and video technologies, and themes of belonging, identity, and the body. "Mining a rich palette of colours and textures, superimpositions and dissolves, mixing formats of Super 8, 35mm and video, [she] creates films that bridge the gaps between visual art, sound art, cinema and the rock video" (Lux Distribution).

Torossian's style of filmmaking draws attention to the most basic component of her work, the strip of film, the celluloid on which images are laid to be projected. She alters the photographed images, transforming them into other objects; she juxtaposes them; and she makes them move outside the original photographed movement in ways that create a kind of rich collage, suggesting another dimension to the moving images with which she began... This Spotlight compilation is highly recommended for academic areas dealing with women in art and film as well as art history and film studies. - Oksana Dykyj, Educational Media Reviews Online

This special edition includes the following short films:
1) Visions
2) Girl from Moush
3) Drowning in Flames
4) Pomegranate Tree
5) Sparklehorse
6) Babies on the Sun
7) Shadowy Encounters
8) Hypnotize/Mezmerize - System of a Down