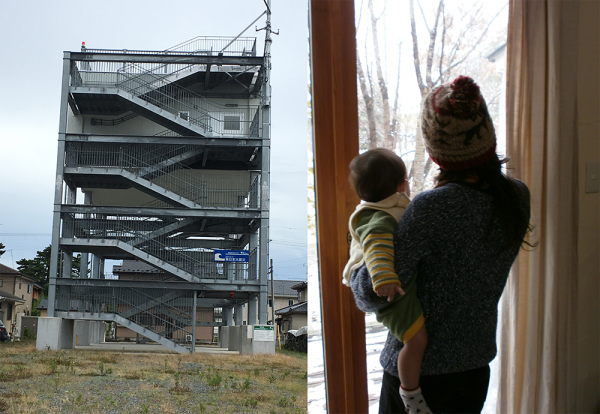 Please note that this lecture will begin at 7pm, and all posted event times are in the U.S. Eastern Time Zone.

Disasters have been known to exacerbate pre-disaster inequalities, with greater impact on vulnerable populations. In 2011, the “3.11 Great East Japan Disaster” — a cascade of a M9.0 earthquake, massive tsunamis, and a nuclear accident — struck Japan, which at that time ranked just 98th of the 135 countries on the Gender Gap Index (121th of the 153 countries in 2020). Now 10 years after 3.11, panelists will discuss the disaster’s effects on women through their own experience and grassroots activism, illuminating ways in which structures and norms of Japanese society contributed to women’s increased vulnerability in this time of crisis. They will provide invaluable first-hand accounts of how women in Japan organized and exposed post-disaster gender-based violence, advocated for more gender-informed disaster policies and response, shattered societal indifference and denial, and created change.

Teruko Karikome
Ms. Teruko Karikome is a founder and former Executive Director (2007~2019) of NPO Women’s Space Fukushima, Inc. (formerly Association for Women’s Independence). Following the Great East Japan Disaster, her organization managed “Women’s Space” in the biggest evacuation shelter in Fukushima, and continues to operate programs such as telephone counseling, support groups, and workshops on gender-based violence, while advocating for policy attention to women in Fukushima.

Reiko Masai
Ms. Reiko Masai is a founder and Executive Director of NPO Women’s Net Kobe, Inc., the first group in Japan to call attention to disaster-related gender-based violence. For over thirty years, Ms. Masai has worked to promote women’s rights and gender equality in Japan. In 2007, she launched Disaster & Gender Information Network, the first initiative of its kind in Japan, and co-founded Women's Network for East Japan Disaster in 2011, also the first of its kind, advocating for more inclusive disaster response.

Etsuko Yahata
Ms. Etsuko Yahata, founder and Executive Director of NPO Hearty Sendai Inc., spearheaded grassroots initiatives to assist women affected by the Great East Japan Disaster, on top of running a domestic violence shelter and many assistance programs. Originally trained as a midwife, she has since worked over 30 years in advocating against gender-based violence, promoting reproductive health and justice, human rights and nonviolence; also serving as board of director for Sendai Gender Equal Opportunity Foundation, Child Line Miyagi and many others.

Mieko Yoshihama
As a professor at the U-M School of Social Work, her teaching and research focus on promoting the wellbeing of marginalized communities. In Japan, she co-founded the Domestic Violence Research & Action Group in 1990 and conducted the nation’s first study of domestic violence; she also co-founded Women's Network for East Japan Disaster in 2011 and conducted a study of gender-based violence following the disaster, the first of its kind in Japan, as well as PhotoVoice Project (see below).

PhotoVoice Exhibit
Established in 2011, the PhotoVoice Project works with women affected by the Great East Japan Disaster, documenting their experiences through their own photography and written messages (“voices”), which serve to inform more inclusive disaster prevention and reconstruction efforts. This online PhotoVoice exhibition opens March 11, 2021.
https://photovoiceprojectjapan.zenfolio.com/exhibition


Registration for this Zoom event is required: https://umich.zoom.us/webinar/register/WN_9hmDZTMnS5GkogTc2H0x4w