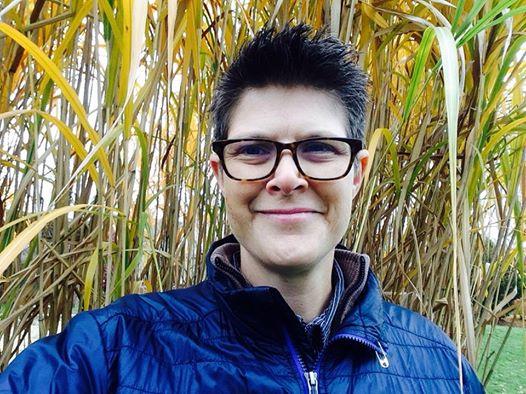 How material a thing is the human voice? Music provides a place for the early theorization of sound as an active force operating in registers that are at once spiritual (accounting for the summoning of unseen gods and spirits), scientific (producing hypotheses regarding the principles underlying action at a distance), aesthetic (conceptualizing how and why people may be more or less affectively moved), and deeply embodied (positing figurations of the human form as a resonance chamber). In this talk, I focus on the chanting of Buddhist sacred text in medieval Japan, in order to excavate Buddhist theories of sound – and particularly human-produced sound – as capable of acting on and in the space-time of lived reality.

Charlotte Eubanks is Associate Professor of Comparative Literature and Asian Studies at Penn State. They study the material culture of books and word/image relations, with a focus on Japanese literature from the medieval period to the present. Their first book, entitled Miracles of Book and Body: Buddhist Textual Culture and Medieval Japan (University of California Press, 2011), examines the relationship between human body and sacred text in the Buddhist literary tradition, focusing on reading as a performance-based act which bridges the text-flesh barrier. Their second book ( The Art of Persistence: Akamatsu Toshiko and the Visual Cultures of Transwar Japan, U Hawai'i Press, 2020) moves to the 20th century. Through a microhistory of the artist Akamatsu Toshiko (Maruki Toshi, 1912-2000), the book outlines the possibilities for anti-war and anti-colonial thought in imperial Japan. Their third book will return to the medieval Buddhist world, with a phenomenological examination of the literary corpus of the 13th century Zen master Dōgen. Their articles have appeared in venues including Book History, The Harvard Journal of Asiatic Studies, Ars Orientalis, The Japanese Journal of Religious Studies, PMLA, and Word & Image. Charlotte is Head of the Department of Comparative Literature, founding president of the MLA Japan to 1900 forum, and Associate Editor of Verge: Studies in Global Asias.

Please register for the Zoom webinar at: https://umich.zoom.us/webinar/register/WN_lnQ7ENyPQ_uOK9bZmgknOg