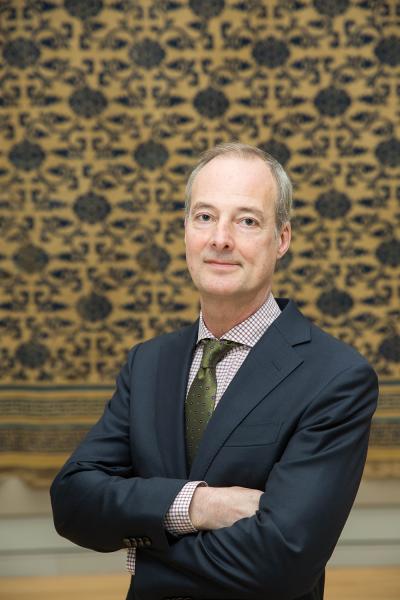 Cosponsored by the U-M Nam Center for Korean Studies

As Japan and Korea opened to the international community in the nineteenth century, their ensuing social, political, and economic transformations found vibrant visual expression in the ancient art of embroidery. Using primary sources including extant textiles and period literature, this lecture will examine changes in late-nineteenth/early-twentieth century Japanese and Korean embroidery in light of concurrent socio-political developments. The lecture will illustrate how embroiderers in Japan and Korea developed innovative aesthetics, forms, and subjects that gave visual voice to new social and national identities emerging as their countries forged new, sometime perilous paths domestically and internationally.

Lee Talbot is Curator of Eastern Hemisphere Collections at The George Washington University Museum and Textile Museum in Washington, D.C. Lee co-curated The Textile Museum’s 2015 exhibition Unraveling Identity: Our Textiles, Our Stories, the first show presented in The Textile Museum’s new home at GW. He was co-curator of the museum’s second major exhibition at GW, China: Through the Lens of John Thomson (1868-1872) (2015- 2016) as well as co-curator of Bingata! Only in Okinawa (2016- 2017), presented in collaboration with the Okinawa Prefectural Government. His other recent exhibitions include Stories of Migration: Contemporary Artists Interpret Diaspora (2016) and Vanishing Traditions: Textiles and Treasures from Southwest China (2018). Before joining The Textile Museum, Talbot spent two years as curator at the Chung Young Yang Embroidery Museum (Seoul, Korea). He is a board member of the Textile Society of America and serves on the editorial board of Textile: The Journal of Cloth and Culture.