Portraits of Feminism in Japan 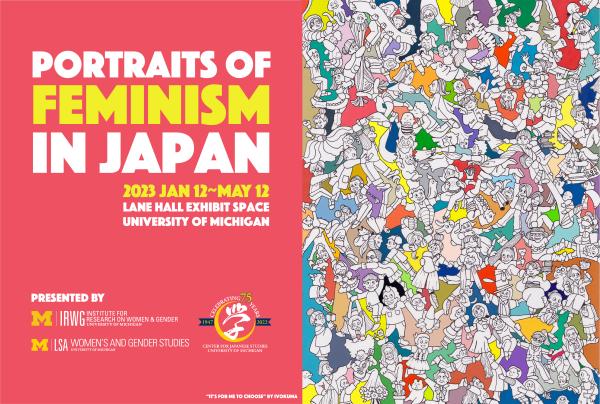 What is feminism in Japan? Rather than imagining it as a singular, coherent object, this exhibit seeks to introduce the diversity, difference, and complexity inherent in feminist activism in Japan. As in other cultural contexts, “feminism” in Japan can invoke sharply different associations, from office workers trying to reshape taken-for-granted structures of power and authority, to mothers advocating for safer school lunches after the 2011 Fukushima nuclear disasters, and queer couples seeking legal recognition for the families they have created. Mainstream feminist activism in Japan has focused on advocating for change in families, workplaces, schools, political institutions, and laws, among many other contexts. Many ­– but certainly not all – feminist activists in Japan are also responding to the lasting legacies of Japanese colonial projects, working toward recognition, repair, and meaningful reparations for racial and gender-based violence that continue to impact communities disproportionately.

This exhibit features original portraits of feminists who have shaped the landscape of women's and gender rights in Japan and beyond. Created by nine contemporary artists in Japan and the United States, the portraits and accompanying texts challenge simplistic understandings of "feminism" while also drawing attention to a diversity of experiences, needs, and activism within Japan. This exhibit also spotlights the history of Japanese studies at the University of Michigan in conjunction with the Center for Japanese Studies' 75th anniversary celebration.

“Portraits of Feminism in Japan” is open for viewing M-F 9am-4pm or by appointment. University of Michigan instructors can email LaneHallExhibits@umich.edu to request a group tour or schedule a class visit.