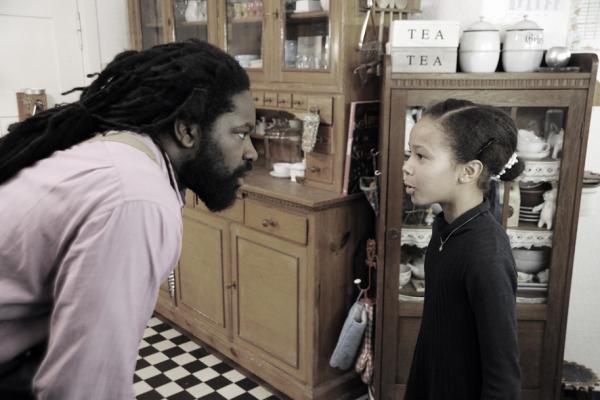 Through its engagement with blindness as both a trope and a physical reality, Sheri Hagen’s At Second Glance (Auf den zweiten Blick) raises provocative questions regarding color blindness, race and racism, and in/visibility in contemporary German society. By challenging the normative category of whiteness, as well as able-bodiedness and heterosexuality, the film also explores alternative modes of seeing through the visual medium of cinema.

Sheri Hagen is a Nigerian-German director, screenwriter, actress, and founder of the production company Equality Film GmbH. Born in Lagos, she grew up in Hamburg and has lived and worked in Berlin since the 1990s. After training as a stage actress, Hagen then appeared in numerous film productions and television series, before returning to theater in 2010. Across her career, Hagen has worked on film projects as author, director, and producer. Auf den zweiten Blick (At Second Glance) is her debut film as a director. It won awards at the Filmfest Emden-Norderney (2012) and the Kirchen Filmfestival Recklinghausen (2013).

Those who register for the Q&A with Sheri Hagen on 1/29/21 will receive a link and password to view the film At Second Glance (Auf den zweiten Blick) between January 18-29, 2021. Register for the discussion at https://myumi.ch/jxo3w.