WCED Lecture. The Politics of Secrecy in the Age of Revolutions 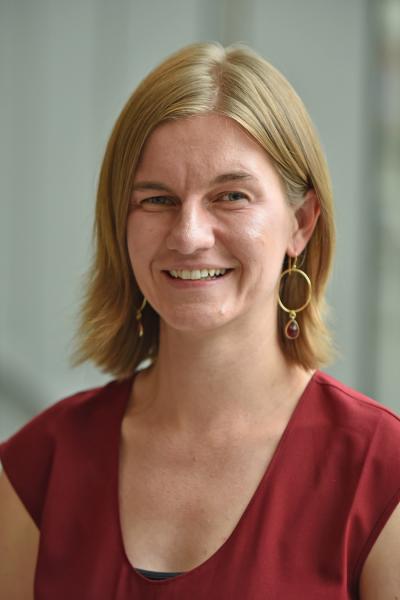 Americans have recently been questioning the propriety of secrecy in government, particularly in the legislative process. As partisan acrimony plumbs new depths, public discussion has focused in no small part on the process by which laws are drafted, debated, and implemented. Though there are few formal rules on what work must be done in public view on Capitol Hill, let alone in the White House, there is a general expectation that a representative democracy requires a certain degree of publicity, or transparency, in its politics. This lecture will illuminate the origin of this belief, rooting it in the late eighteenth century Age of Revolutions. As countries like the United States and France established representative republics, the question of what should be done in public view, versus what could legitimately be kept secret, was central to shaping both understandings and implementations of representative democracy. Though still largely unresolved, it is a question that remains at the heart of our conceptions of what a representative government is, how it should work, and what makes it legitimate.

A growing concern with state secrecy permeated politics in the North Atlantic World during the latter half of the eighteenth century. Suspicion of government secrets became central to mounting critiques of monarchical and ministerial power in the French and British empires on the eve of the revolutions that would rock them. In the lecture, the speaker will trace how the nascent republics in the United States and France contended with the mounting distrust of government secrecy as they set up new regimes that claimed to speak for the people. Debates over the proper place of secrecy in these new governments were immediately and intimately linked to evolving conceptions of what it meant for politics to be representative and, especially, what it meant for representative government to be democratic. More than simple procedural questions—over whether doors to legislative chambers would be open or closed, for example—these debates about secrecy in politics were tantamount to contests over the meaning of representative government and how it would work during the American and French revolutionary periods. They laid the foundation for ongoing debates about how much transparency is required and tenable to sustain our representative democracy.

Katlyn Carter is a Weiser Emerging Democracies Postdoctoral Fellow for the 2017-18 academic year. She completed her Ph.D. in history at Princeton University in 2017. Her current research is on state secrecy and representative politics in the eighteenth-century Atlantic World. As a postdoctoral fellow, Katlyn will be working on a book manuscript about the relationship between state secrecy and the first representative democracies. She will also begin work on her next project, which will examine the problem of truth and trust at the founding of the American and French republics. The project will aim to provide historical context to the challenge of dealing with fake news and determining fact from fiction in a political system governed by public opinion and with a free press. Prior to beginning her Ph.D. at Princeton, Katlyn received a B.A. with high honors in history from the University of California, Berkeley and worked as a media relations consultant in Washington, DC.
Center for European Studies
500 Church Street
Weiser Hall, Suite 500
Ann Arbor, MI 48109-1042
cesmichigan@umich.edu
A member of the International Institute
734.764.0351
734.763.4765
Sitemap
Facebook Twitter Youtube