CREES Noon Lecture. From Land to Sea: Reconceptualizing Southeastern Europe as a Region 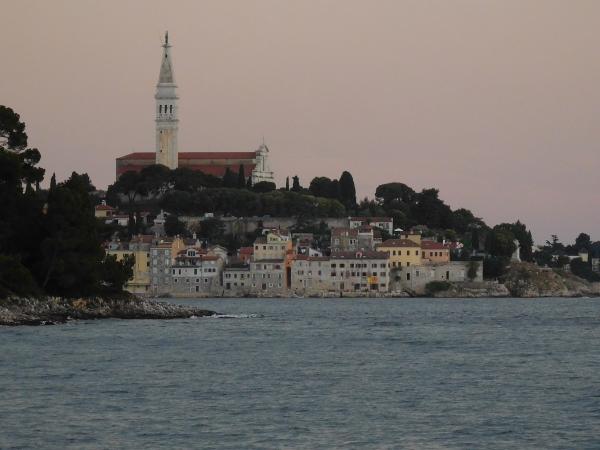 This talk asks how insights drawn from the oceanic or watery turn may help us rethink the Balkans, an area often conceptualized in highly terrestrialized ways. How, for example, might thinking with water challenge scholarly understandings about the predominance of the national idea in the modern era, as well as the image of Central and Southeast European empires as contiguous, continental entities? In addressing these questions, the speaker draws upon nearly two decades of field research in and on the Adriatic Sea. In particular, her discussion centers on a key case study: the mass migration or “exodus” from Istria, a peninsula in the northeastern Adriatic Sea which passed from Italian to Yugoslav control after a protracted territorial dispute in the decade after World War II. The predominant (if contested) narrative of this migration depicts it in terms of longstanding Italian-Slavic ethnic enmity. Such an interpretation largely attributes the reasons for the Istrian exodus to a history of violence seen as particularly “Balkan.” Ironically, however, even while this reading of events in post-1945 Istria privileges the lens of a regional (Adriatic) history of ethnic conflict, the growing historiography on this topic pays little attention to either actual seaspace or perspectives associated with the oceanic turn. In offering a series of suggestions for how to anchor histories of the modern Adriatic in both the lived seascape and oceanic concepts (such as taking scholarship both “offshore” and “alongshore”), the speaker also investigates the limits of such seaborne thinking for our understanding of Southeastern Europe.

Pamela Ballinger is Fred Cuny Professor of the History of Human Rights and associate professor of history at the University of Michigan. She holds degrees in anthropology (B.A. Stanford University, M.Phil Cambridge University, M.A. Johns Hopkins University) and a joint Ph.D. in anthropology and history (Johns Hopkins University). She is the author of "History in Exile: Memory and Identity at the Borders of the Balkans" (Princeton University Press, 2003). She has published on topics such as refugees, displacement, ethnic cleansing, human rights, and the Adriatic seascape in journals that include "Comparative Studies in Society and History," "Contemporary European History," "Current Anthropology," "History and Memory," "Journal of Modern Italian Studies," "New Global Studies," and "Past and Present."
Center for European Studies
500 Church Street
Weiser Hall, Suite 500
Ann Arbor, MI 48109-1042
cesmichigan@umich.edu
A member of the International Institute
734.764.0351
734.763.4765
Sitemap
Facebook Twitter Youtube