CREES Noon Lecture. The Singing Turk: Ottoman Power and Operatic Emotions on the European Stage from the Siege of Vienna to the Age of Napoleon 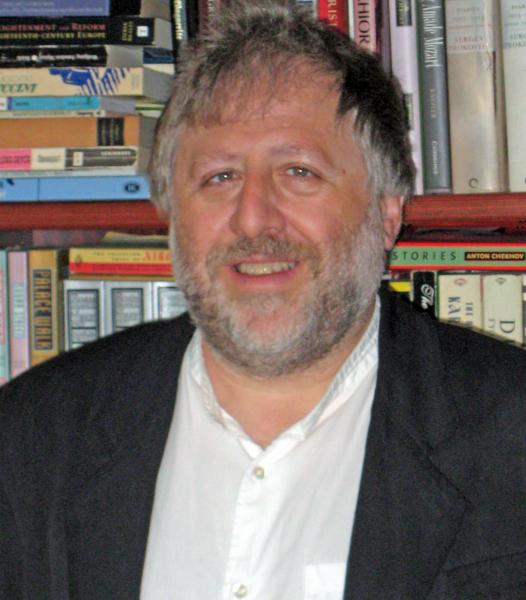 This lecture will consider the huge cultural phenomenon of operas about Turks that played out across the stages of Europe from the 1680s to the 1820s. Though the best-known of these operas, Mozart's "Abduction from the Seraglio," is still widely performed, most of these operas about Turks are unknown today. They include operas by such important composers as Handel, Rameau, Gluck, Haydn, Mozart, and Rossini, as well as many others. The lecture will try to understand this cultural phenomenon in the geopolitical context of European-Ottoman relations and the intellectual context of the Enlightenment, will address the significance of such operas for Christian-Muslim relations in European history, and will also consider why these operas featuring singing Turks disappeared from the repertory over the course of the 19th century.

Larry Wolff is the Julius Silver Professor of History, director of the Center for European and Mediterranean Studies, and executive director of the Remarque Institute at New York University. His research has focused on the relation between Eastern Europe and Western Europe, especially pursuing the argument that Eastern Europe was "invented" in the 18th century by the philosophers and travelers of the Enlightenment. His latest book is "The Singing Turk: Ottoman Power and Operatic Emotions on the European Stage from the Siege of Vienna to the Age of Napoleon" (Stanford 2016). He is also the author of "Paolina’s Innocence: Child Abuse in Casanova’s Venice" (2012), "The Idea of Galicia: History and Fantasy in Habsburg Political Culture" (2010), "Venice and the  Slavs:The  Discovery of Dalmatia in the Age of Enlightenment" (2001), "Inventing Eastern Europe: The  Map of Civilization  on the Mind of the Enlightenment" (1994), "The Vatican and Poland in the Age of the  Partitions" (1988), and "Postcards from the End of the  World: Child Abuse  in Freud's Vienna" (1988). He has received Fulbright, American Council of Learned Societies, and Guggenheim fellowships, and he is a member of the American Academy of Arts and Sciences.
Center for European Studies
500 Church Street
Weiser Hall, Suite 500
Ann Arbor, MI 48109-1042
cesmichigan@umich.edu
A member of the International Institute
734.764.0351
734.763.4765
Sitemap
Facebook Twitter Youtube