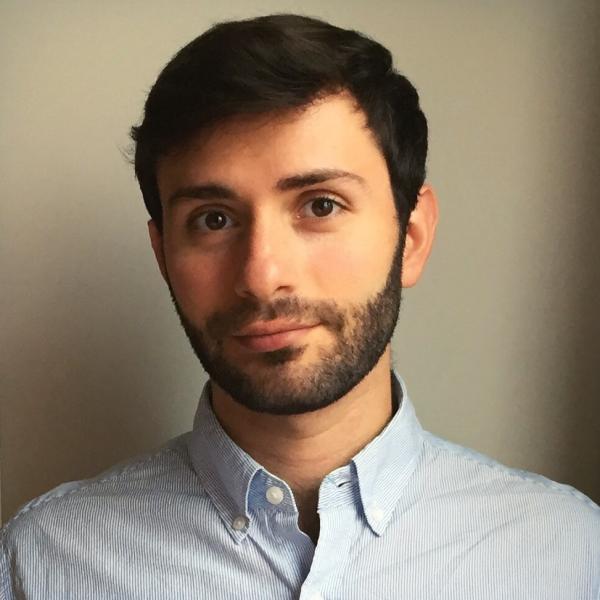 Or participate virtually by registering in advance for the webinar here:
https://myumi.ch/erDVR

After the 1877-78 Russo-Ottoman War, the Ottoman Empire saw the growth of ethnic and sectarian solidarity movements in regions like Anatolia and the Balkans. Much work has examined the intellectual and discursive formations of these solidarities after 1878, but the availability of new ideas cannot alone account for their widespread uptake. Why did ethnic and sectarian solidarity seem so plausible to so many people across Ottoman domains and elsewhere? This talk argues that pan-ethnic and pan-sectarianism spread so successfully because of the inequalities in agrarian areas arising from ecological and economic hardships. To capture the effects of these hardships, it focuses on the 1879-81 famine that struck the Ottoman East.

Matthew Ghazarian received his PhD from Columbia University's Department of Middle Eastern, South Asian, and African Studies in 2021. His research focuses on the late Ottoman Empire and modern Middle East, exploring the intersections of environmental history, political economy, and communal conflict. His dissertation, "Ghost Rations," examines the development of the conflicts that tore apart the multi-ethnic, multi-confessional Ottoman Empire. It focuses on the period 1839-94, which began with a Sultanic declaration of religious equality and ended with a dramatic wave of communal violence, the Hamidian Massacres (1894-97). "Ghost Rations" foregrounds the role of material conditions – debt, drought, hunger, and inequality - in bringing about communal divides. To accomplish this, it examines bouts of famine in the decades leading up to the Hamidian Massacres. Suffering, unequally borne, radicalized notions of belonging and exacerbated communal tensions, sowing the seeds for violence to come. Dr. Ghazarian also contributes to an Ottoman History Podcast and has taught in the Armenian Studies Program and the Department of Slavic Languages and Literatures at the University of California, Berkeley.

If there is anything we can do to make this event accessible to you, please contact us at caswebinars@umich.edu. Please be aware that advance notice is necessary as some accommodations may require more time for the university to arrange.
Center for Armenian Studies
Weiser Hall
500 Church Street, Suite 500
Ann Arbor, MI 48109-1042
armenianstudies@umich.edu
A member of the International Institute
734.763.0622
734.763.4765
Sitemap
Facebook Youtube