CAS Webinar | The Problems of Genocide: Permanent Security and the Language of Transgression 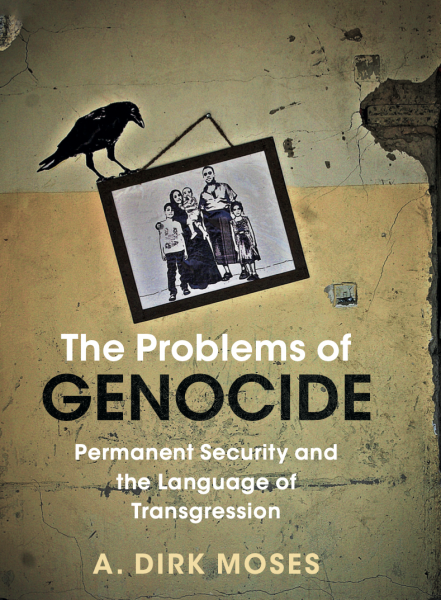 Please register in advance for the webinar here: https://myumi.ch/qgOle

Genocide is not only a problem of mass death, but also of how, as a relatively new idea and law, it organizes and distorts thinking about civilian destruction. Taking the normative perspective of civilian immunity from military attack, Dr. Moses argues that the implicit hierarchy of international criminal law, atop which sits genocide as the “crime of crimes,” blinds us to other types of humanly caused civilian death, like bombing cities, and the “collateral damage” of missile and drone strikes. Talk of genocide, then, can function ideologically to detract from systematic violence against civilians perpetrated by governments of all types. “The Problems of Genocide” contends that this violence is the consequence of “permanent security” imperatives: the striving of states, and armed groups seeking to found states, to make themselves invulnerable to threats.

His first book, “German Intellectuals and the Nazi Past” (2007), was awarded the H-Sozu-Kult “Historical Book of the Year” prize for contemporary history. Dr. Moses has also written extensively about genocide and global history. Recent anthologies include “Postcolonial Conflict and the Question of Genocide: The Nigeria-Biafra War, 1967–1970” (2018), “The Holocaust in Greece” (2018), and “Decolonization, Self-Determination, and the Rise of Global Human Rights Politics” (2020). His latest book, “The Problems of Genocide: Permanent Security and the Language of Transgression,” appeared in February 2021.

Dr. Moses has held fellowships at the Jack, Joseph and Morton Mandel Center for Advanced Holocaust Studies of the United States Holocaust Memorial Museum; at the Woodrow Wilson International Center for Scholars in Washington, D.C; and at the Zentrum für Zeithistorische Forschung in Potsdam as an Alexander von Humboldt Foundation Fellow. He was a visiting fellow at the WZB Center for Global Constitutionalism in Berlin in September-October 2019, and senior fellow at the Lichtenberg-Kolleg in Göttingen, in the winter of 2019-20. Dr. Moses has been senior editor of the “Journal of Genocide Research” since 2011, and co-edits the War and Genocide book series for Berghahn Books.

GEOFF ELEY is Karl Pohrt Distinguished University Professor of Contemporary History at the University of Michigan, where he has taught since 1979. He previously taught at the University of Cambridge (1975-79). Trained originally as a modern German historian, he also works in modern British history, as well as on a general European front. He is interested in both the history of the Left and the history of the Right; history and film; historiography; and history and theory. He recently began teaching a large new undergraduate course on the History of Terrorism.

His earliest works were “Reshaping the German Right: Radical Nationalism and Political Change after Bismarck” (1980, 1991) and (with David Blackbourn) “The Peculiarities of German History” (1980, 1984). More recent books include “Forging Democracy: A History of the Left in Europe. 1850-2000” (2002); “A Crooked Line: From Cultural History to the History of Society” (2005); (with Keith Nield) “The Future of Class in History” (2007); and “Nazism as Fascism: Violence, Ideology, and the Ground of Consent in Germany, 1930-1945” (2013). He coedited “German Colonialism in a Global Age” (2014), “German Modernities from Wilhelm to Weimar: A Contest of Futures” (2016), and “Visualizing Fascism: The Twentieth-Century Rise of the Global Right” (2020). He is writing a general history of Europe in the 20th century and a new study of the German Right, “Genealogies of Nazism: Conservatives, Radical Nationalists, Fascists in Germany, 1860-1930.”