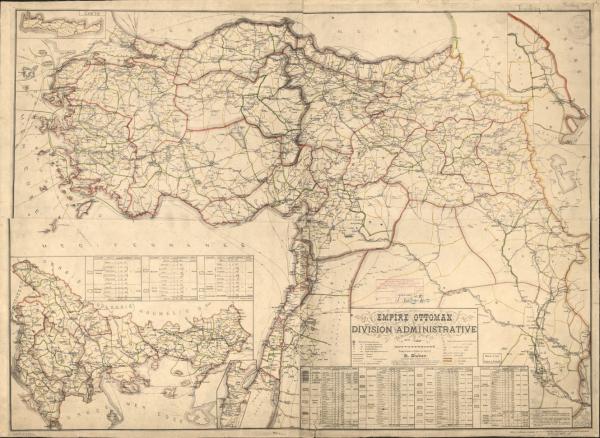 Please register in advance for the webinars here: http://myumi.ch/O4jGQ

You need just one registration to attend the two-day workshop. After registration, you will receive a confirmation email with instructions on how to join the webinar.

The First World War came to an end for the Ottoman Empire when the Armistice of Mudros was signed on October 30, 1918. While the Ottoman government formed by the Committee of Union and Progress (CUP) embarked upon a series of armed and political campaigns to save the Empire from collapse, Ottoman minorities such as Armenians, Greeks, Assyrians, and Arabs suffered from genocide and famine. It is well documented that the demographic engineering policies of CUP resulted in a significant decrease of Armenian, Greek and Assyrian communities in Anatolia, and a famine in Arab provinces of the empire killed thousands. Even though the wartime was equal to a “cataclysm” for Ottoman “minorities”, the beginning of the Armistice years remarked a new start, an opportunity for revival and rebirth. While the Armenian community leadership was organizing relief activities to save genocide survivors who were scattered throughout the Empire, they envisioned the establishment of a “United Armenia” with the support of the Allied Powers. Anatolian Romioi (Orthodox Greeks), Arabs, and Kurds, in a similar fashion, were motivated to declare independence to map their nation-states during a time when the world was living what has been referred to as the “Wilsonian moment.” This workshop will revisit and re-explore the Ottoman Armistice and the transition from empire to ethno-nation-state from hitherto neglected perspectives of Ottoman “minorities” through the lens of history, literature, and political science disciplines.

If there is anything we can do to make this event accessible to you, please contact us. Please be aware that advance notice is necessary as some accommodations may require more time for the university to arrange.
Center for Armenian Studies
Weiser Hall
500 Church Street, Suite 500
Ann Arbor, MI 48109-1042
armenianstudies@umich.edu
A member of the International Institute
734.763.0622
734.763.4765
Sitemap
Facebook Youtube