Gariné Torossian, Armenian-Canadian filmmaker and visual artist and Marie-Aude Baronian, Associate Professor in visual culture and film at the University of Amsterdam 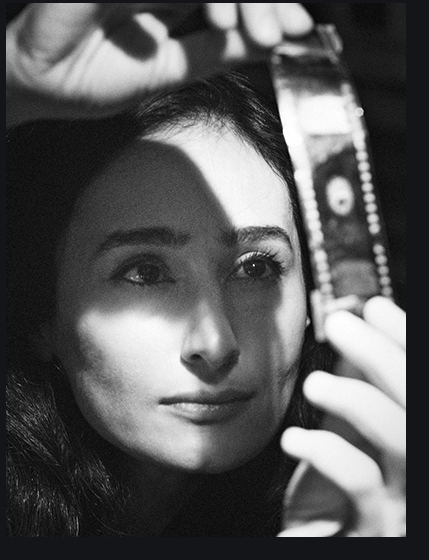 Please register in advance to receive the streaming link and to attend the Q/A session with the film director: http://myumi.ch/ZQN9R

The film will be available for you to watch on your own from September 18 to 23.

In her lush, intricately constructed works, Gariné Torossian explores film form, hybrid film and video technologies, and themes of belonging, identity, and the body. "Mining a rich palette of colours and textures, superimpositions and dissolves, mixing formats of Super 8, 35mm and video, [she] creates films that bridge the gaps between visual art, sound art, cinema and the rock video" (Lux Distribution).

Torossian's style of filmmaking draws attention to the most basic component of her work, the strip of film, the celluloid on which images are laid to be projected. She alters the photographed images, transforming them into other objects; she juxtaposes them; and she makes them move outside the original photographed movement in ways that create a kind of rich collage, suggesting another dimension to the moving images with which she began... This Spotlight compilation is highly recommended for academic areas dealing with women in art and film as well as art history and film studies. - Oksana Dykyj, Educational Media Reviews Online

Gariné Torossian was born in Lebanon to parents of Armenian descent. Growing up in the vibrant Armenian community in Beirut, Torossian learned about Armenia largely through music and art, which her family held in high regard. She moved to Canada in 1979. Torossian is a filmmaker and visual artist living and working in Toronto. She is primarily a self-taught filmmaker and photographer. Her early films focused on transformations of the still image to moving image, followed by an interest in dance, body movement, and text. Her primary interests now lie in fiction and storytelling. Torossian’s award-winning works have shown internationally, including retrospectives at New York’s Museum of Modern Art, Berlin Arsenal, Telluride Film Festival, and Cinematheques in Armenia, Lebanon, Canada, and Germany.

Marie-Aude Baronian is Associate Professor in visual culture and film at the University of Amsterdam where she teaches in the field of media and memory, film-philosophy, fashion studies, and French thought. She has extensively lectured and published on film and visual arts in relation to issues of memory, archive, testimony, and the Armenian diaspora.