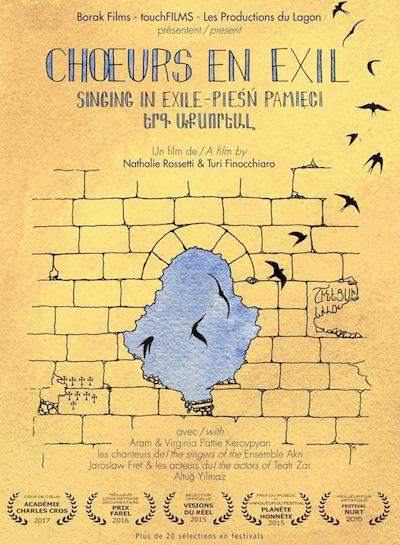 Aram and Virginia, an Armenian couple from the diaspora, transmit an ancestral tradition of chant which is in danger of disappearing to a troupe of European actors. During the process of creating a new play, the couple takes the company on a trip to Anatolia (also known as Asia Minor, bounded by the Black Sea to the north, South Caucasus and Iran to the east, the Mediterranean Sea to the south and the Aegean Sea and Sea of Marmara to the west) where the Armenian civilization has been destroyed. Along the way, the questioning of the actors brings to the forefront the wealth of this culture: the chant becomes a language of creation and sharing, the breath of life. It is a journey where the sounds, the music, the words, the bodies and the cries impart a memory and a future.
Center for Armenian Studies
Weiser Hall
500 Church Street, Suite 500
Ann Arbor, MI 48109-1042
armenianstudies@umich.edu
A member of the International Institute
734.763.0622
734.763.4765
Sitemap
Facebook Youtube