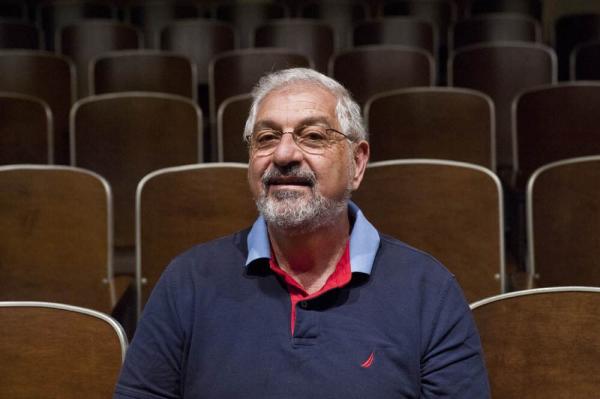 Updating wording as of 1/26

The disastrous war in Ukraine has focused the world’s attention on a horrendous conflict in eastern Europe that has pitted nuclear powers against one another. Like other conflicts in the region that once made up the Soviet Union, the war in Ukraine can be understood as the ongoing unraveling of the USSR. The spotlight on Ukraine has obscured another war not far from the killing fields of Kherson, Kharkiv, and Donbas – the Armenian Azerbaijani conflict in the South Caucasus. For more than thirty years two small former Soviet republics, Armenia and Azerbaijan, have been sacrificing their soldiers and civilians to control the disputed territory of Mountainous Karabakh, once an autonomous region in Soviet Azerbaijan. Karabakh was overwhelmingly Armenian in population, roughly seventy-five percent, but its territory was wholly inside Azerbaijan. After demonstrations and protests turned violent, and Azerbaijanis carried out pogroms of Armenians in Sumgait and Baku in the late 1980s, war between the republics raged until some 30,000 people had been killed. Armenians won on the battlefield and effectively controlled Karabakh from 1994 to 2020.

Despite the cease-fire of 1994 and skirmishes ever since, Armenians built a little state, which they call Artsakh, tied ethnically and culturally to the Republic of Armenia. But Azerbaijan never gave up its claims to the region. For three decades diplomats and presidents of the two republics negotiated futilely to bring the conflict to an end. Ultimately, neither side was willing to compromise. In a dispute between national self-determination and territorial integrity, the latter is taken more seriously by the international community than the former. International law therefore favored Azerbaijan’s right to rule the territory.

When a coveted indivisible good like the homeland is at stake, compromise becomes almost impossible. And when the nationalist rhetoric of each side depicts the other as demonic subhumans bent on your destruction, even negotiation with one’s opponents can undermine the people in power. The radical simplifications that flow from nationalism shrink the possibilities to understand the other.

Suddenly, without warning, on the morning of September 27, 2020, armed forces from Azerbaijan launched an offensive across the armistice line established in 1994. Backed by Turkey and deploying the lethal Bayraktar drones (the same ones that Turkey has sold to Ukraine) as well as Israeli weapons, the Azerbaijanis battered the less well-armed Armenian fighters. As the fighting raged for forty-four days, three attempts at ceasefires, brokered by the United States, France, and Russia, failed. Only after the Azerbaijanis captured the old capital of Karabakh, Shushi (Shusha), were the Russians able to secure agreement from all sides and end the war. Several thousand Russian peacekeepers were deployed to patrol the front between the two armies. It is estimated officially that nearly four thousand Armenians along with just under three thousand Azerbaijanis were killed. The casualty figures were likely much higher.

The war was vicious. It is still going on, as Azerbaijan violates the borders of Armenia.

This presentation will explain causes, contours, and possible outcomes of this largely unknown war.

This event is open to U-M students, faculty and staff, room capacity is 30. In the event of larger interest, participants will be emailed a Zoom link to join the hybrid session.

Ronald Grigor Suny is the William H. Sewell Jr. Distinguished University Professor of History and Professor of Political Science at the University of Michigan and Emeritus Professor of Political Science and History at the University of Chicago. He was the first holder of the Alex Manoogian Chair in Modern Armenian History at the University of Michigan, where he founded and directed the Armenian Studies Program. Professor Suny’s intellectual interests have centered on the non-Russian nationalities of the Russian Empire and the Soviet Union, particularly those of the South Caucasus (Armenia, Azerbaijan, and Georgia).
Center for Armenian Studies
Weiser Hall
500 Church Street, Suite 500
Ann Arbor, MI 48109-1042
armenianstudies@umich.edu
A member of the International Institute
734.763.0622
734.763.4765
Sitemap
Facebook Youtube